All About Staging | Podcast with Agent Sauce

I recently participated in a podcast with Agent Sauce to talk about the benefits of Home Staging.

I had a great conversation with Adam and Kimberly Small, owner of Agent Sauce.  AgentSauce is a comprehensive digital marketing system specifically designed to meet the needs of the real estate industry.

AgentSauce is a comprehensive digital marketing system specifically designed to meet the needs of the real estate industry. They have been providing marketing solutions to agents since early 2007 and have continued to expand their offerings based on new technology and feedback from real estate agents.

By offering a comprehensive digital marketing tool for real estate clients, AgentSauce enables agents to focus on exceeding the expectations of their buyers and sellers instead of inputting data into yet another system. This is why their service offers a CRM, Email Marketing, SMS Lead Generator, Audio Tours, Virtual Tours (online and mobile optimized) Social Media Integration and more. The system is ideal for the Rookie Agent, A Seasoned Pro, or any agent in between. To learn more or to start a 30-Day Trial, visit agentsauce.com.

Top 10 Tips for Selling Your Home in any Market 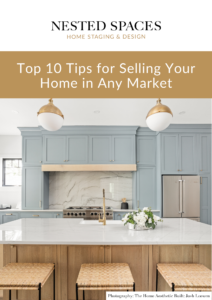